Raiders Of The Lost Ark 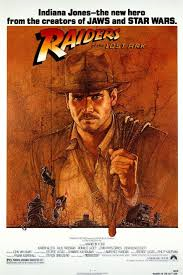 11.13.14 the release date for Murlocs of Draenor the new expansion to the long running (10th Anniversary) MMORPG World of Murlocs. For any non-Americans out there, that is 13th November 2014, not part of a string of numbers from a Fibonacci sequence or even worse the code on a sealed hatch in Lost.

I have heard a lot of complaints recently about the expansion, and most of the issues relate to Blizzard making a second Murloc centric expansion in a row. Even Harrison Jones was heard saying "Murlocs! Why did it have to be Murlocs?". For those of you, who are unfamiliar with these strange creatures, here is a description from WoWWiki: 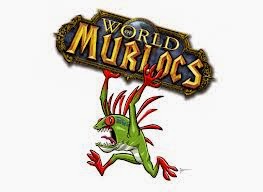 "The murloc is a bipedal, amphibious humanoid race residing along coastlines, lakeshores, and riverbeds. Murlocs possess bulbous bodies, large mouths lined with rows of sharp fangs, and slime-coated skin. Individuals range in coloration from turquoise to darkish grey, while their heights vary from 3-1/2 feet to 6 feet. Depending on the variety, murlocs may lean towards a closer resemblance to frogs or to fish; the iconic green murloc, for example, has coloration similar to the Cuban tree frog."

Blizzard have extensively used these humanoid frog people and many thought they had gone too far when in the last expansion "Mists of Murlocaria" both factions had to kill the "Supreme Murloc Overlord" Rwlrwlrwl'osh after several attempts to commit genocide on all humanoids.

The player base was also horrified when after a rigged ballot, all Murloc players have been awarded new mounts, in the form of a Murloc bath on wheels, that also flies even in the new expansion where all other classes have been restricted for the entire expansion. A Blizzard spokesman said that, "The new mount was the least that they deserve after all the petty racism that Murloc players received during the MoM expansion. It is not fair to take it out on the players for the crimes committed by Rwlrwlrwl'osh."

The new expansion will see "Supreme Murloc Overlord" Rwlrwlrwl'osh escaping his death sentence, by stealing a Delorean and driving it on an autobahn at 88 MpH before disappearing in a haze of smoke and burning rubber. In a recent Blizzard comic book, it transpires that Rwlrwlrwl'osh and mysterious female Naga have gone back in time and across a parallel multiverse. Random drugs tests are to be carried at Blizzard HQ on a weekly basis from now. Anybody found to have not enough narcotics in their blood stream will be given Slushies and Cheesy puffs until their vitals have return to pre-determined "stoned" levels.

The big new feature for Murlocs of Draenor is "Muddle Puddles", where every character grows mud huts on a patch of wetland and then populates it with amphibious wildlife, which have amazing adventures when you are not playing. This is a new feature that makes the game more interesting to be offline than online. It is set to revolutionise the way we play MMORPG's.